An extended run out and a surprise to me

I thought I’d extend my ride out today so ventured out on a 12 miler but still not venturing too far from home in case of any major mechanical issues ( you’d think I wasn’t confident).
Headed west past the Metrocentre where as per normal the bike turned a few heads and caused some smiles.
Once over Scotswood Bridge it was direct east and unusually into a headwind which shows highlights how aerodynamic they are … NOT!!
Whilst heading down the riverside I started to pass a boy and his dad (Mathew and Trevor) and the boy (Mathew Cullen) had an original purple chopper which his dad (Trevor Cullen) had bought. It was interesting swapping stories and I think the dad is now considering doing a full restore – good luck – it’s worth it. I took the rare opportunity of photographing 2 original purple choppers – something you don’t see every day.
Onwards to the cycle hub cafe where loads if other cyclists wanted to come and chat about their memories etc and most amazed that I would attempt the c2c on it.
Some things I have learned do far: 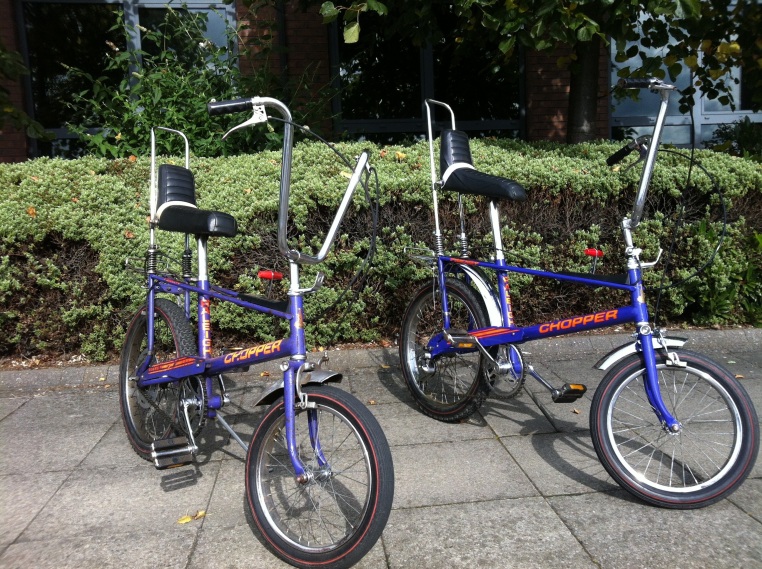 Two Purple MKII Raleigh Choppers. Original on left and restored (mine) on right